It takes approximately eight point three- minutes for the sun’s light to reach us.  It doesn’t seem like a long time, but it’s not equally spread everywhere on Earth. The northern European citizens  are the target groups of this design concept. Technical basics of the concept is a flexible, light-transmissive material  which creates a plano-convex lens formby the weight of the water. We talk about an existing and operation proved large-scale solar aqua lens alternately form which is able to concentrate even 500 Watts light and heat energy.
Consultant: Balázs Püspök
Year: 2013 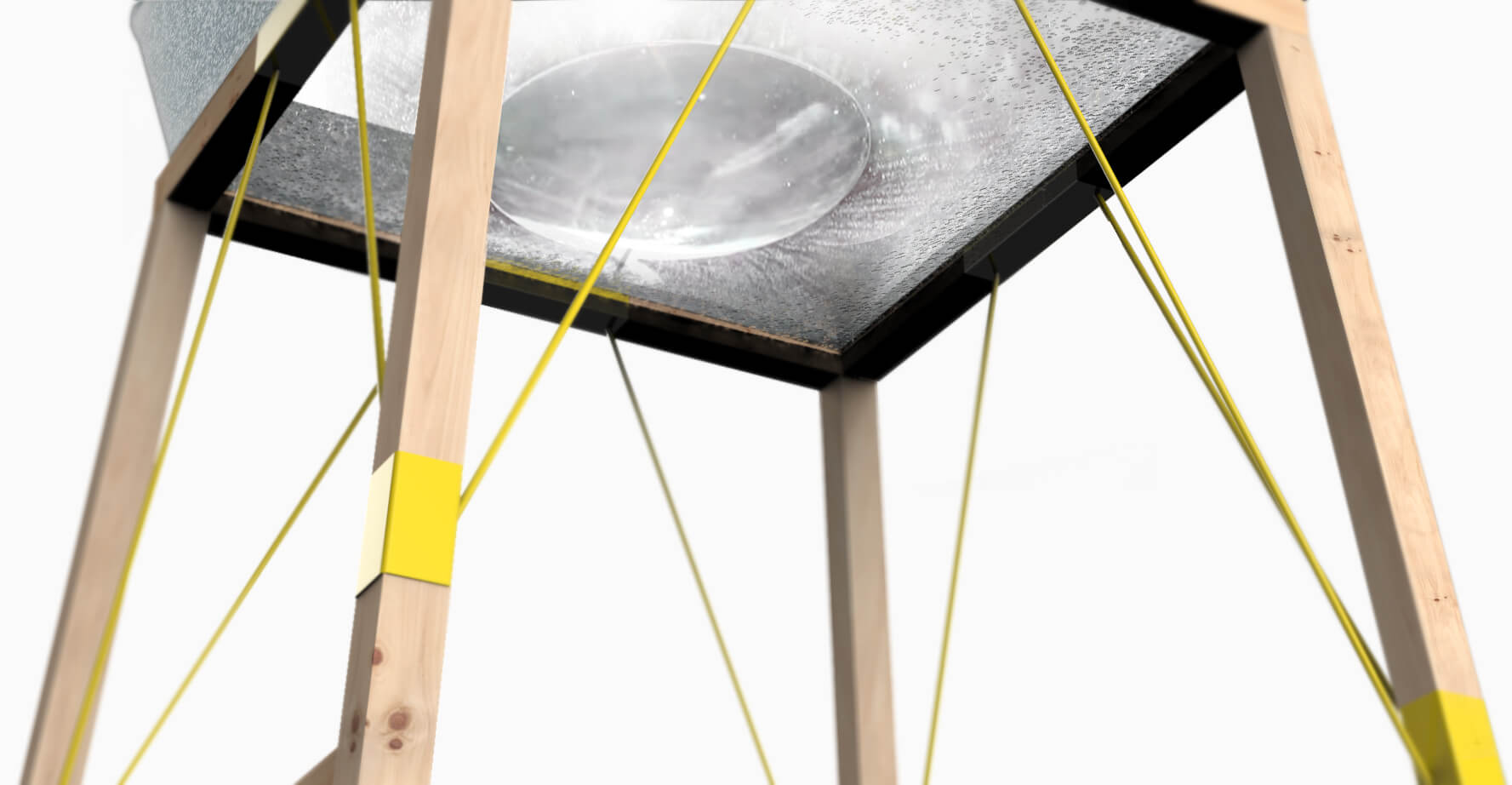 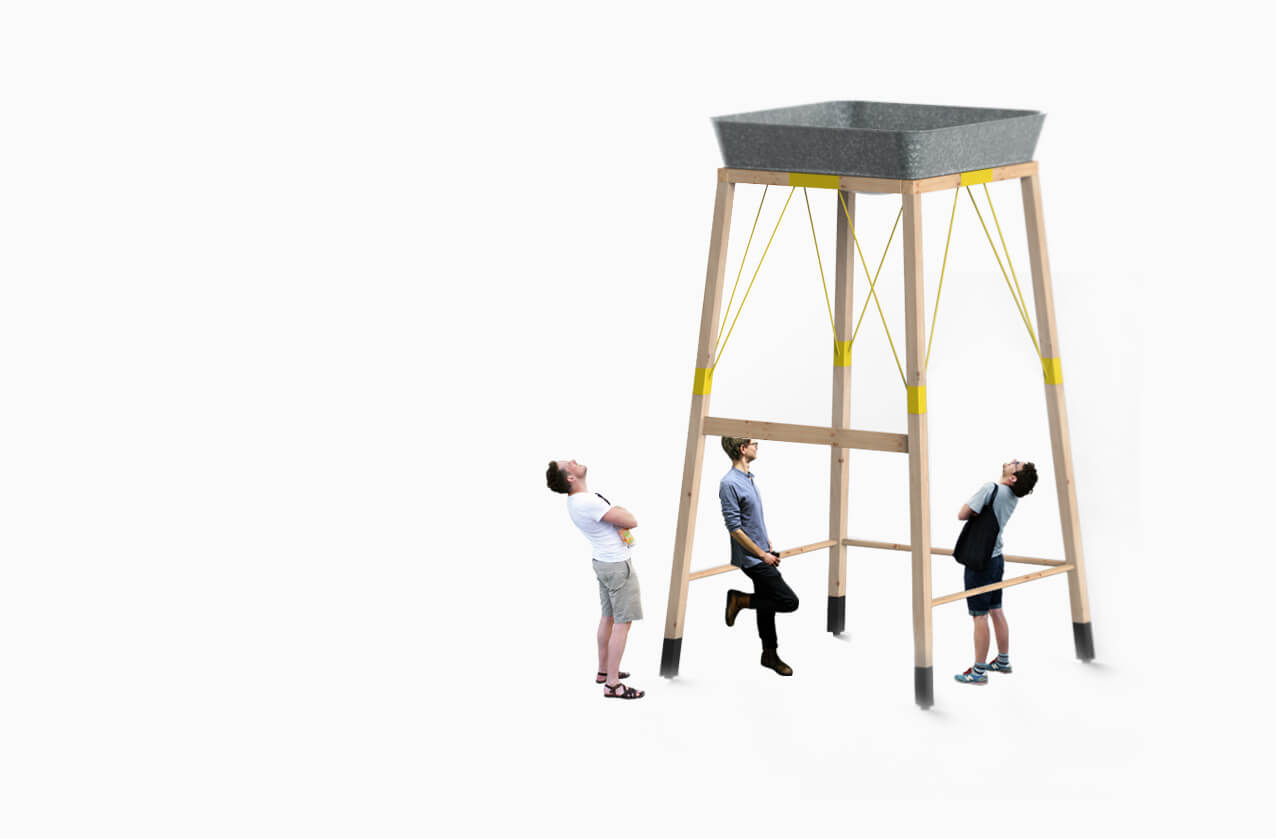 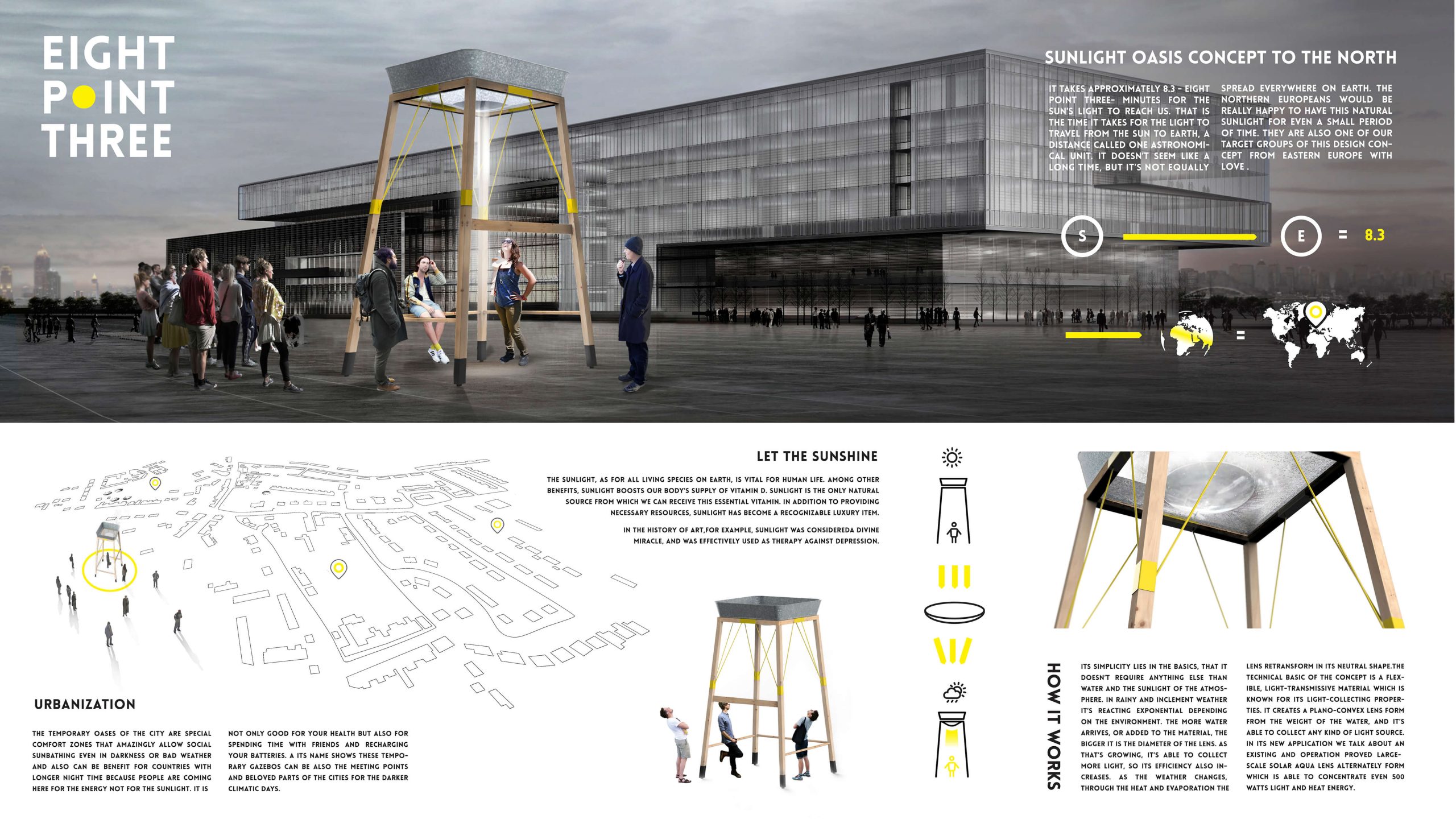